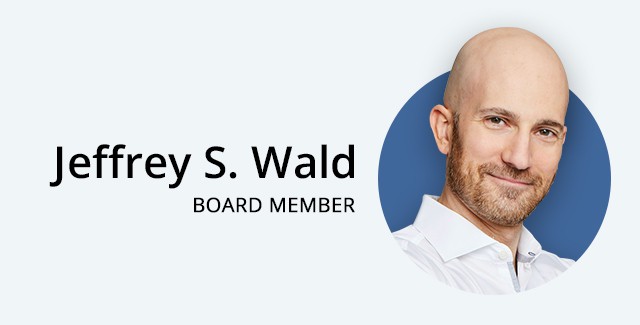 Mr. Wald has served as a Director of the Company since February 2012.

Mr. Wald was elected to the Board at the Company’s 2011 annual meeting of stockholders after being nominated for election by Peerless Systems Corporation.

Mr. Wald was the Chief Operating Officer and Chief Financial Officer of Work Market, Inc., from 2010-2020, an enterprise software platform that enables companies to manage their on-demand labor, and of which he is the Founder.

From May 2008 to May 2010, Mr. Wald was a Managing Director at Barington Capital Group, L.P. an activist hedge fund manager.

From March 2007 through May 2008, Mr. Wald was the Chief Operating Officer and Chief Financial Officer of Spinback, Inc., an internet commerce company (sold to Buddy Media Corporation), of which he is also the Founder.

From January 2003 to March 2007, Mr. Wald was a Vice President at The GlenRock Group, a private equity firm which invests in undervalued, middle market companies as well as emerging and early stage companies.

Earlier in his career, Mr. Wald held positions in the mergers and acquisitions department at J.P. Morgan Chase & Co.

Mr. Wald brings to the Board substantial experience in the area of venture capital, technology, principal investing and operations.