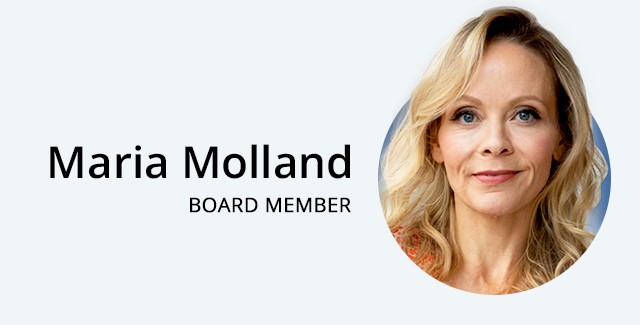 Ms. Molland has been the Chief Executive Officer of Thinx Inc. since July 2017.

Prior to her current position, Ms. Molland was the Chief Executive Officer and Founder of M Squared Digital Consulting from September 2013 to January 2016 and from January 2017 to July 2017.

Between January 2016 and December 2016, Ms. Molland co-founded Splacer, an online platform and marketplace for people to list, discover, and book short-term spaces for unique event experiences.

From April 2012 to August 2013, Ms. Molland was the Chief European Officer for Fab.com.

Ms. Molland graduated from Northwestern University with a bachelor’s degree in Economics in 1996 and began her business career as an analyst with Volpe Brown Whelan & Company.

Ms. Molland received her Master of Business Administration from Harvard Business School in 2002 and has held several positions over the years in the internet and digital media industries.